For some reason I just think that these days would have been so much better.  I know there were other trials and tribulations, but think how slow and peaceful the average day would have been.  if you look at the simplicity of the advertising, it is wonderful.  Surely we do not need blasting rap music, dancing girls and nonsense humor in order to be intrigued, do we? When did it come about that we need advertising at the gas pump, it is idiocy.  Our parents and grandparents had the right of it!

Not all of the hustle and bustle of today, people actually knew their neighbors, actually knew their family.  You could probably go into any of these stores at anytime and know everyone in it!  To me, that would just be an awesome thing.  I wish there were a way for us to get back to these times!

Schneider Electric Store. Interior. It was created between 1905 and 1945 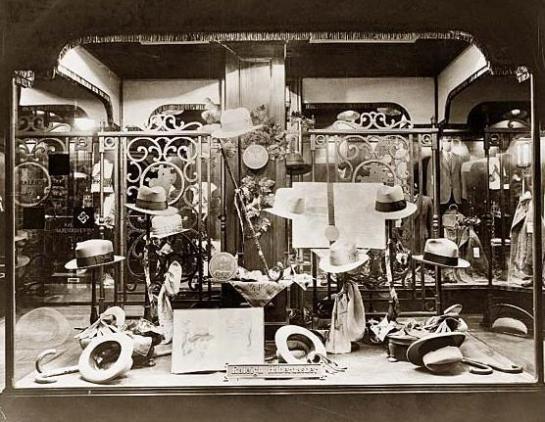 Raleigh Haberdasher show window, Washington, D.C. It was made in 1925.

Window display featuring Pond’s Extract products in O’Donnell’s drugstore, probably in Washington, D.C. It was taken in between 1909 and 1932.

People of Deadwood celebrating completion of a stretch of railroad. It was made in 1888 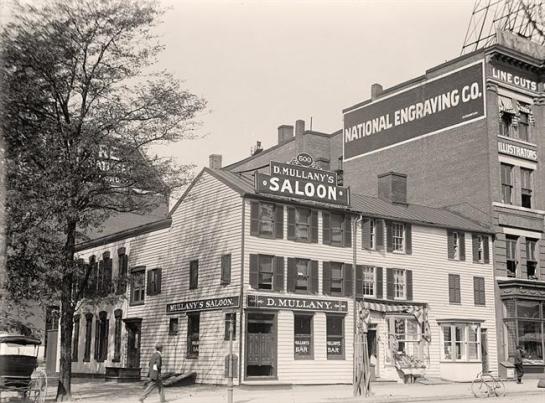 Mullany’s Saloon. It was created in 1913

North side of Chestnut Street, between Second Street and Third Street, Philadelphia, Pennsylvania. It was taken in 1842

Ox teams on Main St.,Sturgis, Dakota Territory. It was taken in 1887

Unidentified Farmhouse. It was taken between 1909 and 1923

The world we live in is so busy, sometimes I feel like there is no time to do any actual living.  My mind always takes me to an image of what i think life should be like.  These people all worked hard and they worked from sun up to sun down and then some.  They worked with their hands and their backs and their legs, using their minds at every turn.    Life was no breeze but it was not so busy and so utterly distracting!  Families worked together, day in and day out.  Life was probably more about survival and “getting by” than about wealth accumulation. 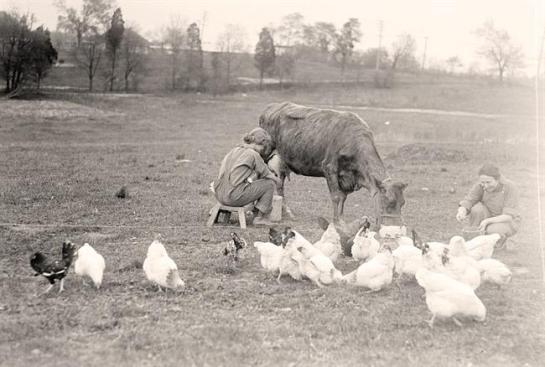 Woman Milking Cow. Another woman is feeding chickens. It was made in 1919 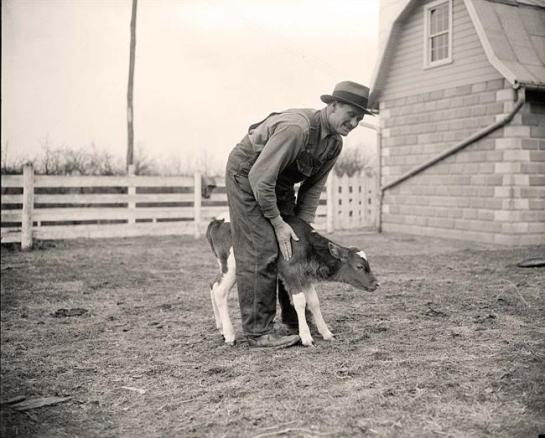 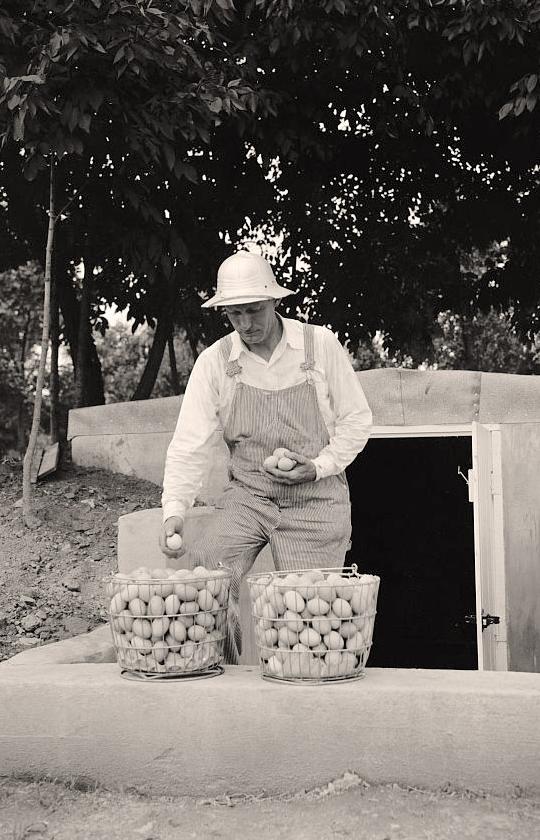 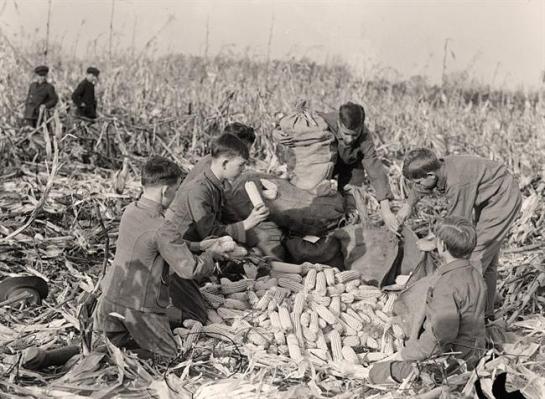 Boy Scouts Husking Corn. It was taken in 1917 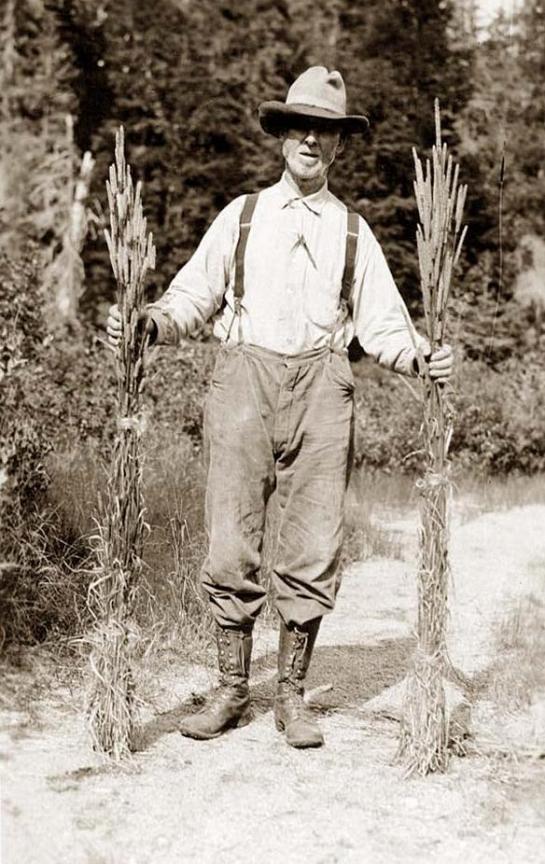 Mr. Johnson holding stalks of timothy. It was taken in 1916

I just could not imagine how wonderful it would be to work with my children and my wife, all of us doing different tasks but with one common goal.  The way of life I envision is all but gone, there are still a few of us out there but not many!  I see a small family farm, self sustaining without the mind numbing hustle bustle of “the world” to drive wedges and cause discension in families! 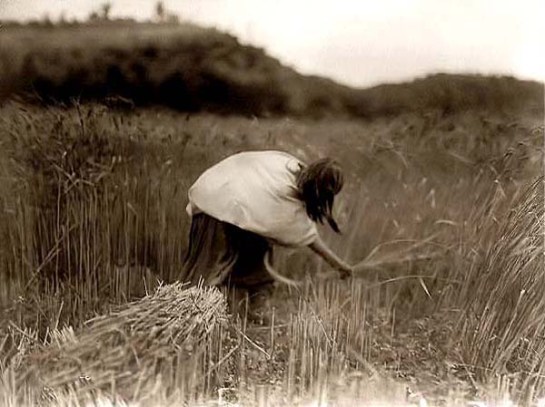 Apache Woman Reaping and Gathering Wheat. It was made in 1906

Pomo Indian Woman Gathering Seeds. It was created in 1924

Navajo Cornfields Cantildeon Del Muerto. It was made in 1906

Man Raising Chickens. It was created in 1938

Farmer Playing with Children. It was created 1938 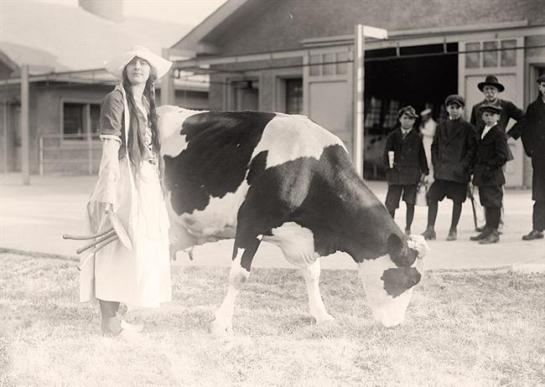 At any rate, I wanted to share some awesome old photos of some of the hardest working people in history, please enjoy and leave a comment if you have the time 🙂